NBC's TODAY Show in 360° Video Brings Viewer's To The Set

UPDATE 2/17/2010 5:30am PST: LIVE STREAM: Interview with James Cameron, director of AVATAR, from Grouse Mountain Lodge.
http://today.msnbc.msn.com/id/35372905/ns/today-today_in_vancouver/
ARCHIVE: Matt Lauer's interview with Seth Westcott from yesterday was a great moment on the set. Check it out now in the 360 degree video. 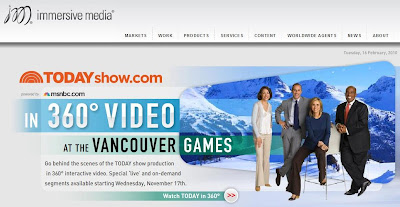 It would seem that Immersive Media's admirable donation of services down in Haiti with CNN.com (and many other orgs) has paid off quickly with access to America's #1 Morning TV Show for NBC.com. 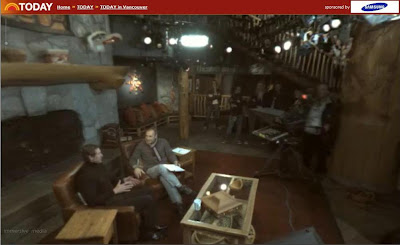 Tomorrow morning (Feb. 17, 2010), NBC.com will be streaming 360° video LIVE from the set of the TODAY Show throughout the broadcast. This represents a watershed moment for the medium of 360° video and for Immersive Media as the medium's founding pioneer. Never before has 360° video been introduced to such a large audience as NBC's TODAY Show and its Olympic coverage provide. 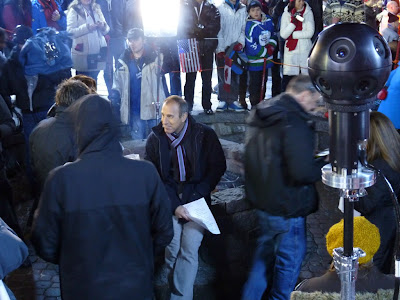 “TODAY is known for providing its audience with a window to the world. We are thrilled to give viewers a new way to experience TODAY with imLIVE 360-degree web videos. This technology truly puts the viewer in the director’s chair,” said Larry Logan, chief marketing officer, Immersive Media. “The audience will see interviews with athletes, on-set antics amongst the anchors and more in a fresh new powerful way.” 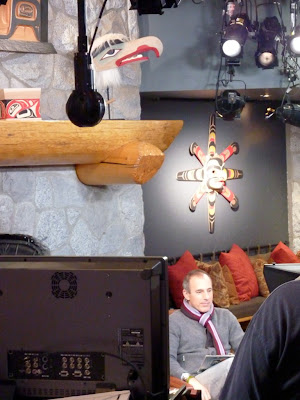 "TODAYshow.com offers viewers exciting ways to immerse themselves in the news. With the live video stream on the set in Vancouver, they can experience one of the biggest events of the year in a very personal way,” said Catherine Captain, VP of Marketing for the Msnbc Digital Network. “We love giving viewers an insider’s perspective that they won’t find anywhere else.” 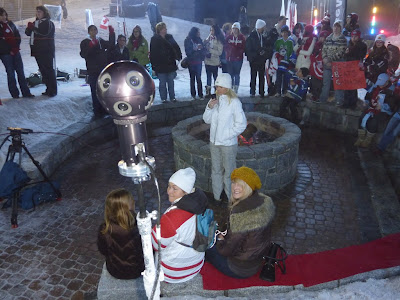 In a broadcast first, TODAY is giving viewers unprecedented access to its set at the Olympics Winter Games. TODAYshow.com will feature live, 360-degree, interactive video that allows consumers to view the TODAY set on Vancouver’s Grouse Mountain. Viewers can enjoy the Olympic set from the same perspective as Matt, Meredith, Ann and Al. TODAYshow.com will feature the live video stream from 7 a.m. to 10 a.m. (EST) on February 16 and 17, 2010.

TODAYshow.com will feature one live video stream that alternates between two 360-degree cameras. One live stream provides viewers with interior views of the TODAY set in Vancouver and the other live stream captures the action outside the Grouse Mountain studio. In addition to live streams, selected segments will be available on TODAYshow.com following each broadcast. TODAYshow.com is using new imLIVE technology, created by Immersive Media, which allows viewers to see what's happening in and around the TODAY set – right from their computers. Immersive Media is a pioneer of 360-degree video, and its technology is helping TODAYshow.com deliver a one-of-a-kind interactive experience to its audience.

Congratulations to Immersive Media's Chief Marketing Officer, Larry Logan for the inspired job he and everyone in production have done to bring this new visual medium to the world's attention in recent months.

Be sure to check out www.SlopeViews.com in the next few days to feel like a local at Whistler Mountain after exploring our SlopeView's OnSnow@Whistler 360° Video Map.

Here's a toast to the athletes of the Winter Olympics of 2010, including those courageous camera people who bring us the experience from Vancouver. Here is to many more online experiences from fascinating locations around the world in 360° video!