The death of an iconic stadium and an Immersive Media Dodeca 2360 Spherical Video Camera.

From Dallas, TX, where both BigLook360 and Immersive Media have offices, comes a video that is grabbing the attention of sports fans, concert goers, tech geeks, and fans of destruction alike. Sometimes you just have to say, "Let's go for it!" to make something that will appeal to a broad audience. In this case, one very special camera had to be sacrificed so that we could get a view from inside the destruction of Texas Stadium. RIP Texas Stadium and Dodeca 2360 Camera number ???

Chances are, that camera was one of the cameras I had on the VW Beetle I drove across the continent for the Google Street View project. Only one camera was lost during that project when the team drove into the parking garage at their hotel while having an argument and forgot to take the camera down first. The footage survived that incident, too, and we all had a good laugh at their expense. 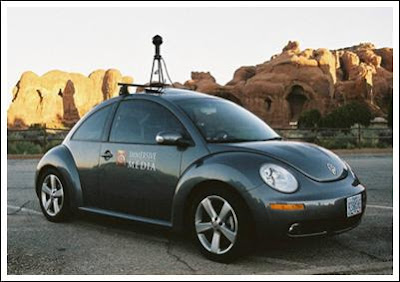 BigLook360 has worked with Immersive Media before on a project for the State of Texas Department of Tourism, called Texas On Tour, that I wrote about in this blog here and here. That project remains one of the best examples of what I believe is this new medium's greatest application - virtual tourism. SlopeView's has taken the virtual tourism concept one step further by referencing the 360° video to custom map with OnSnow@Whistler.

Having grown up in Dallas, watching Texas Stadium go down came with a mixed bag of emotions. I was there when the Cowboys of the 90's launched their dynasty in front of Monday Night Football fans by whipping their rivals, the Washington Redskins, in the season opener of 1992. I was also there in 1984 when the Jackson 5 Victory came to town. The later was my first concert experience (at only 10 yrs old), and like so many other kids my age, I was a big fan of Michael Jackson. Disappointment came only from the horrific acoustics inside of Texas Stadium that even a little kid could determine that the building was no place for music.

RIP Texas Stadium and Dodeca 2360 Camera number ??? You served your functions pretty well.
Posted by UnderCam at 9:34 AM