Hello Dear Readers! It's been awhile since my last blog post because I've been offline for nearly one month. So, how does one go completely offline for a month in the age of wifi, iPhones, and the rest? One must go into the wild... and stay there.

If you read my post from 3/7/2010 (Grand Canyon GigaView), you know that I've been on a Grand Canyon river trip in which I endeavored to create the first virtual tour of the Grand Canyon by river. Well, mission accomplished...almost. It's not online yet, but the images are turning out really well and they should be complete sometime in June. 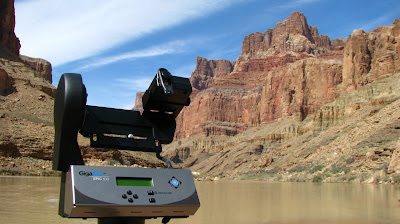 The 360 degree video world has been busy over the last month with some interesting new developments. Just before we launched our rafts down the Canyon, SlopeViews launched OnSnow@Whistler, a virtual video tour of Whistler Mountain and Village. This represented a quantum leap in virtual tourism and is a project very close to my heart. Having built the project from the raw video files by accurately geolocating them on the Whistler Trail and Village Maps, I was pleased to finally be able to show the power of 360 degree video on a local level. 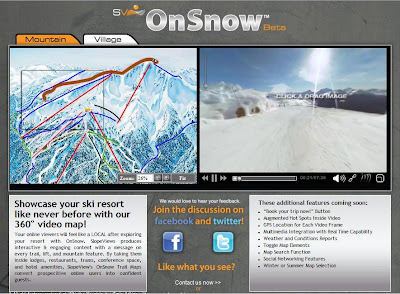 SlopeViews' OnSnow application is based on a new technology platform from Immersive Media called IM OnScene. According to Immersive Media's website, "IM OnScene™ pairs immersive video with an existing floorplan, blueprint, map or other document, allowing the user to follow a map visually through 360° video. IM OnScene™ works for indoor and outdoor areas, and can be referenced by any image or document."

They posted several examples at their website, but my hands down favorite is a virtual tour of the United States National Ignition Facility.

The picture above doesn't do this virtual video tour justice, but this tour gives you a rare view inside one of the most advanced facilities in the world where scientists are working on perfecting laser fusion. This image is a screen shot from inside the Target Bay area where the magic happens.

There are two new 360° videos now available from both MATIvision and yellowBird, too, but those updates will have to wait for tomorrow. I'm still on rivertime.

Cheers.
Posted by UnderCam at 4:04 PM