Before we take the plunge, I wanted to introduce a new feature here at the 360° Video Blog that I have been doing for sometime via my @video360 Twitter account: a semi-daily 360° Video for you to sink your teeth into. Mostly, it's because I'm beginning to see some real traffic to this blog and I feel a bit guilty that there is not always consistent stream of content, but I also can't deny that now that I have some traffic, I want more. You'll always get as much of the background as I know or can share about each video and a link to where I found it.

Because I prefer to embed videos here (instead of sending you elsewhere) and the majority of 360° videos currently out there with available embed codes are from Immersive Media, you'll find that the bulk of the content is theirs. It is my hope that all 360° video providers will see the benefit in allowing others to share their content and provide embed codes for their content as yellowBird and Immersive Media have so wisely done. All right, let's jump off a building, shall we?

Last year, Immersive Media's senior cameraman, Craig Adkins, was invited to join Red Bull Air Force member, Miles Daisher, in Kaula Lumpur, Malaysia. While Craig has logged a lot of time strapped to the side of helicopters and skiing powder while managing to get great shots with the Dodeca 2360, he wasn't about to throw himself off the KL Tower's 1,099 ft perch (this time) so he rigged the 360° video system up to the athletes and, literally, let it fly. 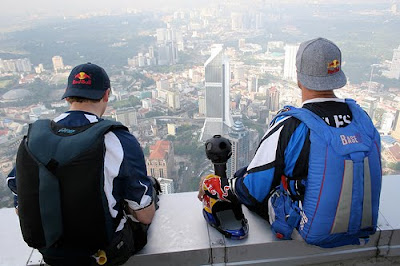 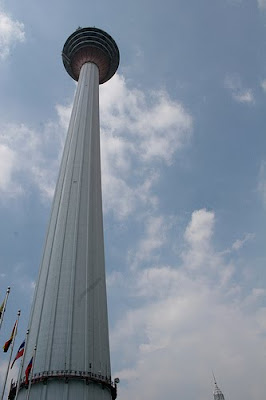 Thanks to Miles Daisher and the Red Bull Air Force for doing what they do and letting the rest of us live vicariously through them. CAN NOT WAIT to see Human Flight 3D next summer!

Thanks also to my friends and former colleagues at Immersive Media. I will, from time to time, have criticisms for the videos that I review here and for things that I see the company doing, but most of you know how much I believe in the good work you are doing to broaden the online video experience.

That said, here is my issue with the piece embedded above and most of the demo pieces you currently have online. The idea that the optimal length for a 360° video is around 30 seconds does your content and your entire value proposition a disservice. The majority of first time users of 360° video must overcome the learning curve of becoming comfortable using the control of the point of view, as NewTeeVee's Liz Gannes recently pointed out. 30 seconds simply isn't enough time for many of them and for those of us who know how it works, I'll tell you a secret: we want to see more, explore more, and see it again. That's not a bad thing. After all, the landing is a really important part of a successful BASE jump.

If you ever do add more content to your set of online demos (there has only been one addition this year), I hope it gives the viewer a little time to look around. That is the point, right?

As always, your comments are welcomed here.
Posted by UnderCam at 9:44 AM