It's tough work, but somebody's got to do it. In this case, most of the "work" was done by the Planetary Coral Reef Foundation, a dedicated organization that has just completed its fourteenth year at sea on its mission to preserve coral reefs through innovative programs in science, education, and technology. With a 360° video camera provided by Immersive Media, the PCRF crew provides us first with a few glimpses of their journey and then with an amazing perspective on indigenous South Pacific culture.


The first 360° video we begin with a view from the deck of the SV Infinity in the tranquil waters of the South Pacific. This 120ft ketch is a home at sea for researchers and volunteers of PCRF for months at a time. One of their missions is to create a baseline map of coral reefs and to grade the degree of health of the reefs they encounter. The images from their research have been used to demonstrate the degree of damage that the bleaching phenomenon represents to world reefs and were featured in Vice President Al Gore's An Inconvenient Truth.

Underwater sequences were accomplished with a custom built underwater housing by Ken Sexton of Salem, Oregon that has since been tested in the heavy surf Tahiti's Teahupoo by Red Bull athletes. Pictured below, Craig Adkins readies the Immersive Media camera with surf housing for surfer Jamie O'Brian. 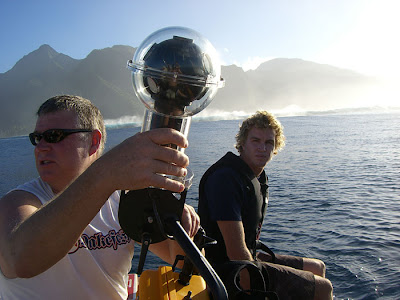 The coral reefs featured in the 360° from PCRF surround an island in Fiji and are among the healthiest and most diverse on the planet. The second half of the video takes the viewer through a day at an island market to see the colorful fruits and flowers available.

The second 360° video takes you on a privileged island adventure aboard a hand- built outrigger canoe of original design in Papua New Guinea. Off the Trobriand Islands, the traditional Kula Canoe, built to transport significant goods for trade with nearby islands, slices low through the water. Men in traditional sailing attire hold a tight thatch sail and constantly shift their weight to maintain stability with the wind.

The people of the Trobriand Islands invited the PCRF 360° camera crew to enter the center of several of their traditional dances and canoe launching celebrations to give us a unique view of their culture. Thanks to them and to PCRF for the experience and to David McCutchen of Immersive Media for making this imagery available to the public.

Because a South Pacific dream vacation is out of reach for most in this economy, a 360° video experience online from the world's most amazing destinations seems like a winning proposition. Who ever is working on that project, do you need any help on your crew? 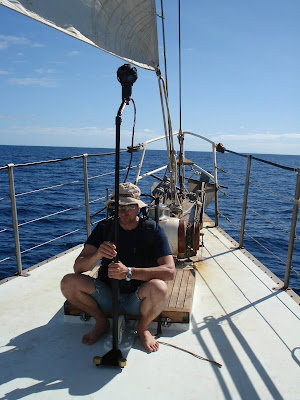